Horiba Scientific was supported by QuantIC, The UK Quantum Technology Hub in Quantum Imaging, to incorporate the QuantiCAM SPAD sensor, developed by Professor Robert Henderson from the University of Edinburgh, into their existing fluorescence imaging system.

The collaboration resulted in the development and launch of FLIMera, a new wide-field fluorescence lifetime imaging camera which will open up new imaging applications for the life sciences sector. 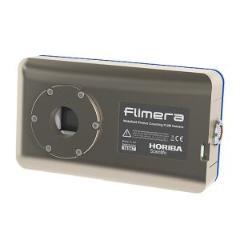 Horiba Scientific were awarded the Institute of Physics Business Innovation Award in 2019 for the collaborative work with QuantIC in developing the novel lifetime fluorescence microscopy technology.