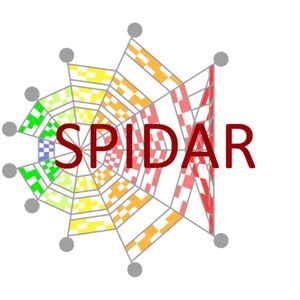 QuantIC research groups at Heriot-Watt University, University of Edinburgh and the University of Glasgow have been awarded £1,016,257 as part of the Innovate UK ISCF funded project ‘Single Photon Infrared Imaging, Detection and Ranging’ (SPIDAR).

This project, led by Toshiba Research Europe, will develop novel range finding and 3D imaging systems which will be used for driver assistance and the autonomous vehicles of the future.

The cameras are based on detecting single photons (light particles) in the infra-red region of the electromagnetic spectrum. Depth information is gained by measuring the time of flight of the photons from the illuminating laser, to the object and back to the photon detector in the camera with sub-nanosecond precision.

By detecting single photons, the faintest possible light signals, we will realise cameras that can 'see' further than the 3D cameras available today.

This project technology is based on Germanium on Silicon Single Photon Avalanche Diode (SPAD) Detectors LIDAR technology.  QuantIC research is improving LIDAR technology by moving SPAD technology from the shortwave into the infrared. This will allow LIDAR systems to operate at a greater range, with a faster data rate, and through obscurants such as rain, snow and fog.

The SPIDAR project started on 1st September 2020 and runs for 3 years until 31st August 2023. The project, with a total budget of £5.7M, is led by Toshiba Research Europe Ltd and other partners include Sivers Photonics, Bay Photonics, Thales UK, Horiba MIRA, IQE, Jaguar-Land Rover, Network Rail as well as Cambridge, Edinburgh, Glasgow and Heriot-Watt Universities.

Poised to be the ideal choice for high-level Advanced Driver Assistance Systems (ADAS), the LIDAR market, currently worth $1B, is set to explode in the coming years with reports estimating a CAGR of 20-30% over the next 5 years with over 70% of the market dedicated to automotive applications.