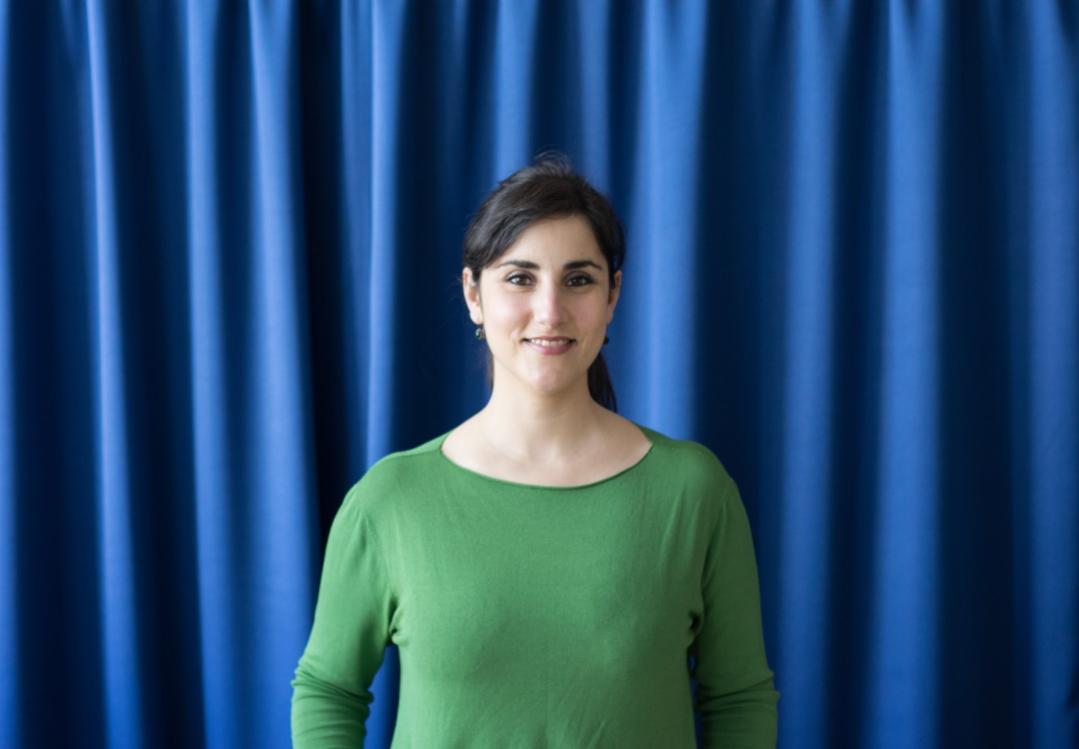 Dr Aurora Maccarone’s initial love for physics stemmed from a trip to the laboratory of her aunt, who was a physicist that studied cosmic rays, and being fascinated by what she saw. Aurora embarked upon the equivalent of a Bachelors and a Masters degree at the University of Palermo, Sicily, in Italy before she moved to Scotland to undertake a PhD in single-photon depth imaging with Professor Gerald Buller, at Heriot-Watt University. Following that, she held several postdoctoral positions at Heriot-Watt, including one with Professor Alessandro Fedrizzi on single-photon detector arrays for Quantum Key Distribution applications and another with Professor Gerald Buller on underwater quantum imaging. She subsequently obtained a Royal Academy of Engineering Research Fellowship which she started in October 2020, at Heriot-Watt University. We caught up with Aurora to find out more about her work, her hopes for the future and advice she’d give to those hoping to follow a similar path.

It’s clear that you’re very passionate about your work, but what interested you in quantum and quantum imaging in particular? It’s an optional direction, so what attracted you?

I originally became interested in physics because my aunt is a physicist and one day she took me to her workplace - I was wowed! She was studying cosmic rays and I remember being very interested, so, astronomy was the original reason I got into physics - quite the contrast from quantum! During university I enjoyed all topics, however, I was particularly interested in superconducting materials, so I hoped to pursue a PhD looking into them, however, at the time there weren’t many opportunities in that field. I was also interested in everything that was related to quantum mechanics, also from the theoretical point of view, but I’m definitely more of an experimentalist than a theoretician! When I was applying for PhDs I decided to apply to do a PhD in single photon depth imaging underwater with Professor Gerald Buller at Heriot-Watt University and was successful. I really liked the idea of using quantum technologies for imaging and in particular for underwater imaging because the idea was so new, and the technologies really will be game changing. That’s why I’m still in the field today.

What are you working on at the moment and what are the applications of this?

My work is all focused on underwater quantum imaging systems. The applications of these systems are vast, they will be used for many offshore applications such as: site surveys; inspections of things like dams and windfarms; monitoring; defence; search and rescue; security, including of harbours and rivers; marine science; and marine archaeology. With several windfarms being built off the shores of Scotland, these new technologies will become crucial. When surveys of the seabed at potential windfarm locations are carried out, a multi-part process which uses sonar and classical optical systems is used. First, sonar must be used to map the seabed and then optical systems are sent to particular points of interest to gather more detailed information. This is a lengthy process that requires two passes of the area. However, quantum detection technologies will make surveys quicker, only one pass will be required and the data will be of higher resolution too. Currently I’m working with the University of Edinburgh to develop and adapt single photon array detectors for underwater imaging. At the moment these arrays are not designed or adapted to work underwater, so that’s what we’re working towards.

You are currently a Royal Academy of Engineering Research Fellow; can you tell us a little bit more about what this entails and also what an average day is like for you?

My fellowship, which will last for five years, is focused on building and testing a prototype underwater quantum imaging system that will eventually lead to commercialisation of the technology for underwater applications. At the moment my average day is quite weird because of the pandemic. I split my day in two; in the morning I work on campus and use the lab if I have the chance to, and then in the afternoon I work from home. When I'm at home, I catch up on emails, papers, reviews and proposals, anything that requires me to work on a document and doesn’t require me to be in the lab. It’s still early days for my fellowship and I think, because the pandemic is still going on, I’m still working out what an average day will be like for me when it’s over. I hope to be on campus full time and to be able to be in the lab more.

What are your hopes for the future and is there a particular application of quantum technologies that you are excited to see the development of in years to come?

So far, we have done trials in laboratory conditions of underwater quantum imaging systems, however, I’m really looking forward to seeing them operating underwater outside of the lab, whatever the application is! It could be that they are first used for surveys or inspections, but I’m really excited for the day when our system is tested underwater in a natural environment. Unfortunately, the pandemic has meant that delays have occurred, however, it will happen one day! That's basically the goal of my fellowship, so I still have almost five years to make it happen.

How close do you think we are to having quantum imaging technologies in use underwater on a regular basis?

What transferrable skills do you think are the most important skills for a career in quantum?

I think the most important skill is adaptability; in this field it’s really helpful to be able to adapt to new situations. Another important thing is to be flexible and not get stuck or hung-up on one topic. It’s good to look around and see what's available and see what the requirements of the market or field are, and consider what you can offer and achieve based on that. Basically, it’s good to be able to look at different challenges and be able and willing to help with them, even if they are outside of your original area. I’d also say dedication is key, it really helps to be able and willing to study every day!

What advice would you give to young people who hope to pursue a career in STEM, particularly in quantum?

I remember when I held an event in a school a couple of years ago, many of the male students were really confident in the activities and in STEM, however, the girls commonly said that there weren’t many girls doing STEM and so they wouldn’t pursue it either. My advice to those girls would be that if they are interested in a topic or passionate about it, go for it! Don’t think about who else might be studying it, just do it! Also, sometimes, it can actually be beneficial to be in the minority, you can stand out. My other piece of advice is to never give up. I'm sure that everyone encounters several problems during their career and some people just give up at the very first obstacle, my advice is to not give up and to always keep going.

This interview was originally posted on the Quantum Communications Hub Blog 'Quantumness, Randomness and Endless Possibilities'.